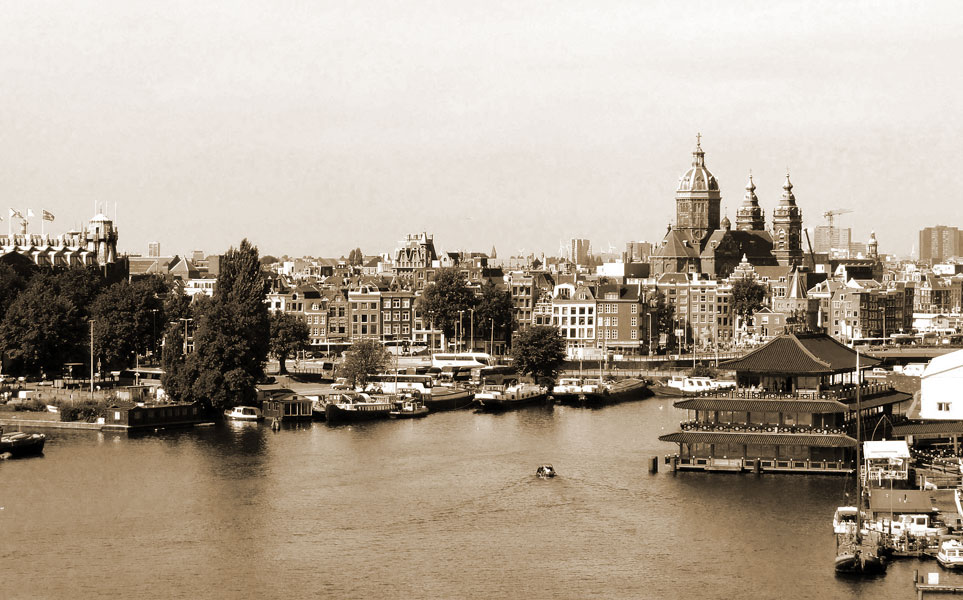 I like gin. It is a versatile ingredient and there are so many different gins to choose from, almost anybody can find a gin he likes. One problem with the normal London Dry Gin is, that it doesn't really go well with the Old Fashioned formula. Most gins aren't bold and heavy enough to create a tasty Old Fashioned. Luckily the grandfather of gin, genever, also called jenever or Holland gin, provides a full body that is perfectly suited for an Old Fashioned style cocktail.

I wrote about the Old Fashioned in detail before and it is one of my favorite cocktails. But sometimes a variation is a nice change, hence the idea of substituting genever for bourbon. It seems easy enough, but whenever I made one, I usually had no fixed recipe in mind. The results were good, but not great. Therefore I decided to find out what recipe would produce the best Old Fashioned Gin Cocktail.

David Wondrich wrote about this particular cocktail quite some time ago and the recipe provided by him might be how it should be done. I, however, like to use simple syrup in my Old Fashioned, as it is easier to mix and makes preparing the cocktail quite simple. The only problem is figuring out how much simple syrup you need.

For my investigation on the perfect ratio of syrup to genever I had to decide on my ingredients first. I didn't want to make the same in-depth analysis I did before. I wanted to use the knowledge I gained from my Old Fashioned experiment and get results a bit quicker.

Pour the ingredients into a mixing glass with ice and stir for 20 seconds. Strain into a pre-chilled Old Fashioned glass.

An Old Fashioned is nothing without the right choice of cocktail bitters. Since I didn't plan to change the genever or simple syrup, bitters were the ingredient I had to decide on before I could go ahead. While Angostura Aromatic Bitters are probably the right choice if you want to make a classic recipe, I had two other favorites during my search for the perfect Old Fashioned: Fee Brothers Old Fashion Aromatic Bitters and The Bitter Truth Jerry Thomas Bitters.

Choosing between the two was quite easy. As genever is a lot lighter than bourbon or rye, I found the Fee Brothers Bitters would be a bit too much. They would distract from the genever flavor, while the citrus aroma of the Jerry Thomas Bitters is much more fitting. So if you have Jerry Thomas Bitters and some genever you're good to go.

My experiment was simple. I would start with just a small amount of simple syrup in my Old Fashioned Gin Cocktail and then increase the amount until I deem it too sweet. Then try to find the perfect amount in between the last two measurements. I used three different amounts of simple syrup to begin with: 5, 10 and 15 milliliter (ml).

When tasting the cocktail with 5ml of simple syrup it was clear that this was not enough sweetness. It was hardly noticeable and thus the cocktail was out of balance. Obviously more syrup was needed.

The cocktail with 10ml of simple syrup was better. When I tasted it before stirring on ice I found the taste quite pleasing and well balanced. However, when the cocktail gets chilled that balance is lost. As coldness masks the sweetness of sugar it needed some more syrup to work after chilling and diluting it with ice.

Adding 15ml of simple syrup to the cocktail was a bit much. It was a tasty cocktail, but a bit too sweet. The sweetness was very upfront which threw off the balance. But it meant I found my upper limit of simple syrup and could now try to get closer to the perfect amount.

The obvious next step was to choose a number between 10 and 15. I tried the middle ground and made my next cocktail with 12.5ml of simple syrup. As it turns out that was also the number I was looking for. The result was well balanced and incredibly tasty.

Pour the genever, syrup and bitters into a mixing glass with ice and stir for 20 seconds. Strain into a pre-chilled Old Fashioned glass.

The above recipe provides the right amount of sweetness. Not too much, but rather subtle. The Jerry Thomas Bitters are great and support the Bols without taking the spotlight. Syrup and bitters really bring out the great flavors of the genever.

When choosing a genever for this cocktail I suggest you get an "oude" genever. As the Wikipedia article explains, it has nothing to do with aging, but rather how the liquor is distilled. Oude genever has a fuller body and will produce a far better cocktail than jonge genever.

If you never had a proper Old Fashioned Gin Cocktail, I suggest you immediately get your hands on some genever and start trying out recipes. Oude genever is tasty enough to enjoy neat, but it really shines with the classic Old Fashioned formula. It is hard to decide whether the whiskey version of Old Fashioned is better or this one.

Well, that is it for this week. Everything is finally back to normal and I could enjoy some rather great drinks in my quest for the right recipe. My plan for next week is to participate in Mixology Monday again. The topic seems quite interesting, but I don't have any idea what I'm going to do. If you want to find out, follow me on Twitter or subscribe. Until next week.