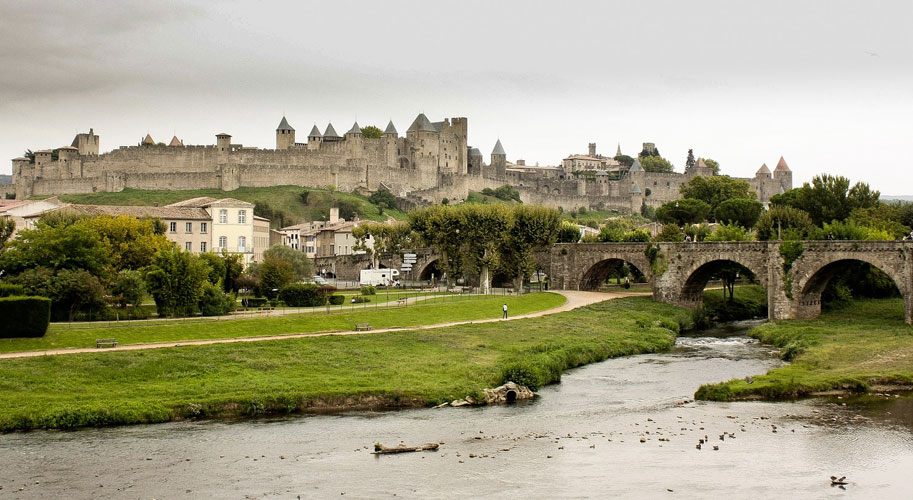 The past two weeks have been about aperitifs which were rather spirit forward, featuring cocktails based on tequila and rum. This week, instead of using another strong spirit as the base of the cocktail, I wanted to keep it at a lower alcohol content and use vermouth as my base instead.

The main advantage of using vermouth as the main ingredient is that it keeps the alcohol content from going through the roof. And while The Art of the Shim is a book I still have to get my hands on, I at least want to have at one low alcohol cocktail in my repertoire.

Starting with vermouth and arranging the other ingredients around it is not that hard. Vermouth is quite delicate and offers lots of fresh and herbal aromas. So adding just a splash of other spirits is enough to further provide interesting tastes.

My first idea was to use a French vermouth together with some Green Chartreuse. Chartreuse is an interesting and flavorful spirit which, in my opinion, is a great choice as a drink. Before as well as after a meal. It is not too sweet and gets along well with vermouth.

Vermouth and Chartreuse along with some bitters would probably be a fine aperitif, but I wanted to see if I could add another layer of complexity. So I took a bottle of Tatratea and decided to add it to the mix. To be honest I wasn't really sure if it would work, but it turned out rather delicious.

The final step was to bring everything together with some cocktail bitters. Since the Chartreuse and Tatratea have rather strong flavors I had to use a little bit more than usual for the bitters to have an impact. I went with celery bitters, since they fit well into the whole herbal and green theme this cocktail has. 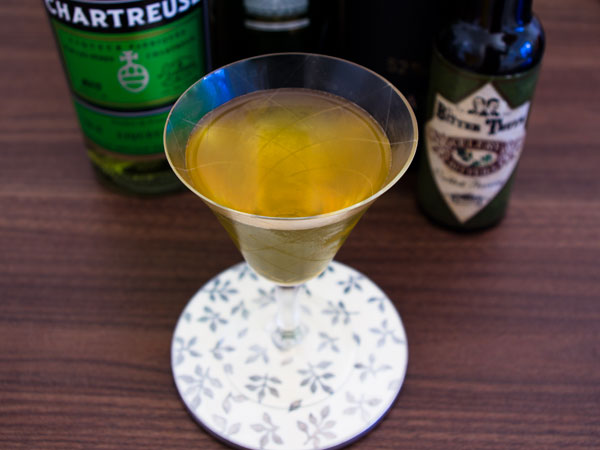 Pour all ingredients into a mixing glass with ice and stir for 20 seconds. Strain into a chilled cocktail glass.

The combination of Tatratea and Chartreuse is really great. Since the Noilly Prat is my main ingredient, both flavors don't come on too strong. At first you notice the distinct tea flavor, which is followed immediately by lots of herbs. The cocktail is not too bitter and offers many herbal aromas. The celery bitters stay in the background, but add a hint of something different to the mix as well.

I experimented a bit with the ratios in this cocktail and found that you can easily reduce the amount of Chartreuse and Tatratea a bit. It brings the vermouth to the front and tames this cocktail. I, however, like the herbal power both spirits provide very much.

I was surprised that Tatratea and Charteuse go so well together. At first I suspected that the resulting cocktail would be terrible. I'm glad I tried it anyway, because I was rewarded with a uniquely flavored aperitif that's not as strong as my last two. The next logical step would be to design an aperitif without alcohol, but this seems like a really difficult task. It at least involves making your own ingredients.

Next week I want to participate in Mixology Monday again, since the topic this time around gives me the chance to write about one of my favorite cocktails. I will pick this series up again, but for now three consecutive weeks about aperitifs is enough. I have to see what comes after next week. If you like to come along on my quest for more cocktails you can follow me on Twitter or subscribe. If you have ideas for recipes or just want to say something then leave a comment below.