An interesting, non-alcoholic mixture between espresso, lime and tonic. Refreshing and full of caffeine.

It's time for a first. My first time to write about a beverage containing no alcohol at all. Making something without spirits has been on my mind for quite some time, but I never got around to it. While alcoholic beverages tend to taste really good, I believe it's also important not to overdo it. So, from time to time, having something without alcohol can be nice.

Alcoholic drinks usually make us feel great, but there are lots of other ways to concoct invigorating mixtures. Thus, I chose to make something with coffee, again, because caffeine keeps the world going. Coffee also provides deep flavors and a nice bitterness, which is essential if you intend to use syrups and whatnot.

I found this week's recipe a while ago on Imbibe Magazine and wanted to try it ever since, but never came around to it. It's called the Espresso Tonic and features a combination of espresso, lime and tonic water. This sounded very intriguing, so I decided to try it for myself.

One thing this recipe calls for is a lime syrup. Basically a simple syrup with added lime. You can find a recipe for this syrup alongside the Espresso Tonic recipe, but I don't like imperial measurements and always try to put my own spin on things. I ended up adjusting the original recipe just a bit. 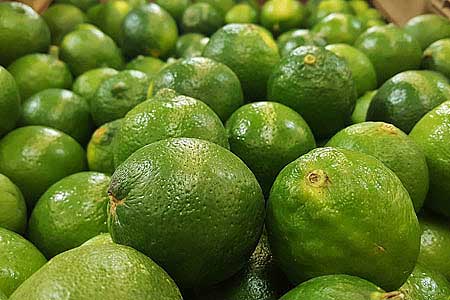 Combine the water and sugar in a pan on a low to medium heat and stir until the sugar has dissolved. Remove the pan from the heat, add the lime juice and stir. Fill into a bottle and refrigerate.

I used muscovado sugar, because it has more caramel flavors and those go great with any kind of coffee. A quick and easy recipe. The syrup should keep in the fridge for short while, but if you want to increase the shelf life then you might want to think about pasteurizing the combined syrup. It has to be done carefully though, as the fresh lime flavor might diminish.

With the lime syrup at hand, I finally was able to mix up an Espresso Tonic. 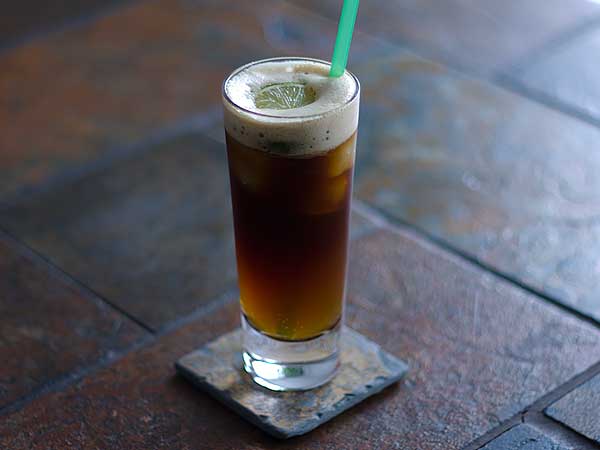 Pour the espresso and lime syrup into a shaker filled with ice. Shake hard for 15 seconds until completely chilled. Fill a tall glass with ice and add the tonic water. Strain over the coffee mixture and garnish with a slice of lime.

Adding the tonic first is important here. Shaking the coffee will produce a lot of foam, which will only grow bigger if you pour tonic water over it. The first time I made this recipe, I made the mistake of pouring the tonic over the coffee. It took me a while to get enough tonic water in there and didn't look as good either.

The flavor combination is rather good. Gentle bitterness, with floral aromas, as well as some sweet lime at the end. This brew is quite refreshing and seems to be a bit more suited to summer than winter. But it's easily prepared if you have some lime syrup on hand.

Usually I try to come up with my own recipes, but the marriage of tonic and espresso seemed like an interesting thing to write about. If you are a fan of gin and tonics and coffee, then this drink is for you. A nice, alcohol free alternative to enjoy, with the power of a double espresso to keep you going.

The Imbibe article mentions, that you can use cold brew coffee instead of espresso, which sounds like a good idea, but I have yet to make some. Maybe I will try that in the future, as I have been making lots of cold brewed Japanese Sencha. To see what I'm up to next week, you can follow me on Twitter or subscribe. Comment below to leave some feedback if you like.

Title image via pixabay, as well as the limes.